The Point where we are right now……. 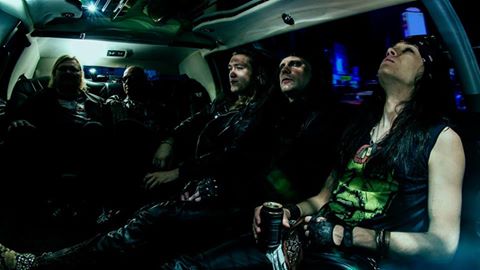 HERE (Interview, LORDS of METAL, Holland) or other Interviewz, HERE)

Formed in the town of Nakkila, Finland in the late 70’s. Their debut album was released on a Swedish record label – Tyfon Grammofon in 1982. By then the line-up consisted of Ape De Martini (vocals), Kari Elo (Guitar), Tauno Vajavaara (Bass guitar) & Mark Ruffneck (Drums). The Second-hand lady/Rather Knight-single was released the same year. The band gigged around Finland and even appeared on Finnish TV playing Hey You and Second-Hand Lady backed up with pyrotechnics and all.

Soon afterwards Jay C Blade was asked to join the band as a bass guitarist. Jay C. Blade had been kicked out of Sarcofagus in which he had been handling the lead vocals on the Envoy of death album released in 1980, after which he had re-joined his first band Masque. Jay joined OZ, bringing with him Esa Niva from Masque. 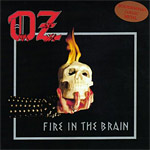 Esa Niva got out of the band pretty quickly though, and somewhere along the way Spooky Wolff (ex Noitawaimo) and Speedy Foxx were recruited, both on guitars. The classic lineup was now complete. They played their debut gig at the Göta Lejon theatre in Stockholm. Jay C Blade became the main contributor of songs and soon the band recorded their next album.

Fire in the brain was released in 1983. It is arguably one of the best releases ever by any Swedish or Finnish metal band. With such classics as Search Lights, Black Candles and Megalomaniac it is an album with no weak moments, a major advancement from their debut and it was well received, selling fairly good in the USA and Japan as well.

By then the music market in Finland was underdeveloped and the band decided to move to Sweden to test their strength there instead. Their record label was located in

Sweden anyway, so it was a logical choice. Mark Ruffneck was the first of them to move to Stockholm and the rest of the OZ-men soon followed.

Their next release was the Turn the cross upside down-single in 1984. The title track smelled of black metal and is still one their best remembered songs. The first royalty payment Jay received for the single was of the sum of 666 SEK (Swedish kronor). Jay took that as a sign of some sort and decided to cut down on the “satanic” stuff. 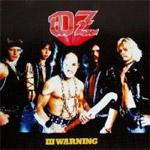 Though the next album still contained a bit of that dark religious stuff in the shape of the song Crucified. Their third full length album III Warning was also released in 1984. Solely written by Jay C. Blade, it included such goodies as Crucified and the title track itself. The band were supposed to go on tour as a support act for Venom on their USA and Canada dates, but their American manager somehow fucked it all up. They still played a few gigs around Sweden, though. Their stage act included the vocalist cutting guitars to pieces with the large knife which can be seen in the hands of the vocalist on the front cover of the III Warning album. 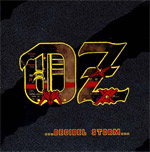 Their fourth album Decibel storm was released in 1986. This time the other band members apart from Jay C Blade had contributed more to the songwriting than on the previous album and the results were great. This was the first OZ album to have a little bit of keyboards on it, nothing too cheesy though. The songs Firestarter and Disaster Dreamer are classics. The band had planned to do a video for one of the songs on the album, but whether those plans came to realization or not is unknown.

Some while after the release of the album Jay C Blade was asked to fill in on guitar for New York-based Princess Pang on a 4 gig tour. Jay accepted the offer and headed to New York. The gigs went well and when he returned to Sweden it had already been decided that he was to join Princess Pang as a full-time member of the band. At the time, OZ had lost both their guitarists Spooky Wolff and Speedy Foxx, so Jay was the third man to leave the band in a short period of time. 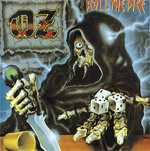 4 years went by before OZ would find themselves back in the business of recording again. New bandmembers had been recruited; Michael Lundholm as sole guitarist and Tobbe Moen on bass guitar, as well as a keyboard player by the name of Jörgen Schelander. Tobbe Moen was later replaced by Fredrik Thörnblom on bass guitar after the recording sessions at the Sky Trak Studio in Berlin. The album Roll the dice was released in 1991. The songs on the album were mainly written by Ape De Martini and the new guitar player, resulting in a bit different style and sound than the earlier OZ albums. The title track stands out as the best offering on the album. The band again played a few gigs, but the music scene had changed and the Swedish death metal boom was in full action, resulting in loss of interest and gig-offers for more classic kinds of metal in the underground scene of Stockholm. So, the band slowly faded away from then and there. 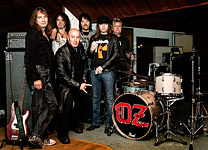 The reunited OZ were recording their new album at Park studio in Stockholm, Sweden. The most of AXworks on the new album was performed by Legendary Markku Petander (a former member of Finnish bands Popeda and Yö). Legendary Costello Hautamäki known from Hanoi Rocks‘ 2002-period (Twelve Shots on the Rocks-album) and from voluminous albums and tours with the Finnish band Popeda and young AXman Michel Santunione (Guitar player in the Queen musical ‘We Will Rock You’ in Sweden/Norway) were firering on some of the tracks their best shots. Present in the studio was also Nicke Andersson (ex Entombed & Hellacopters) operating as producer. The new album was having working title ‘Greatezt Blitz‘ and is now having the official title ‘Burning Leather’ and contains both new songs and re-recordings of old OZ classics. Some of the songs included are ‘Dominator‘, ‘Seasons in the Darkness‘ and ‘Burning Leather‘. The new album “Burning Leather” was released 18th November 2011 World Wide by AFM Records, Germany and Spiritual Beast, Japan. 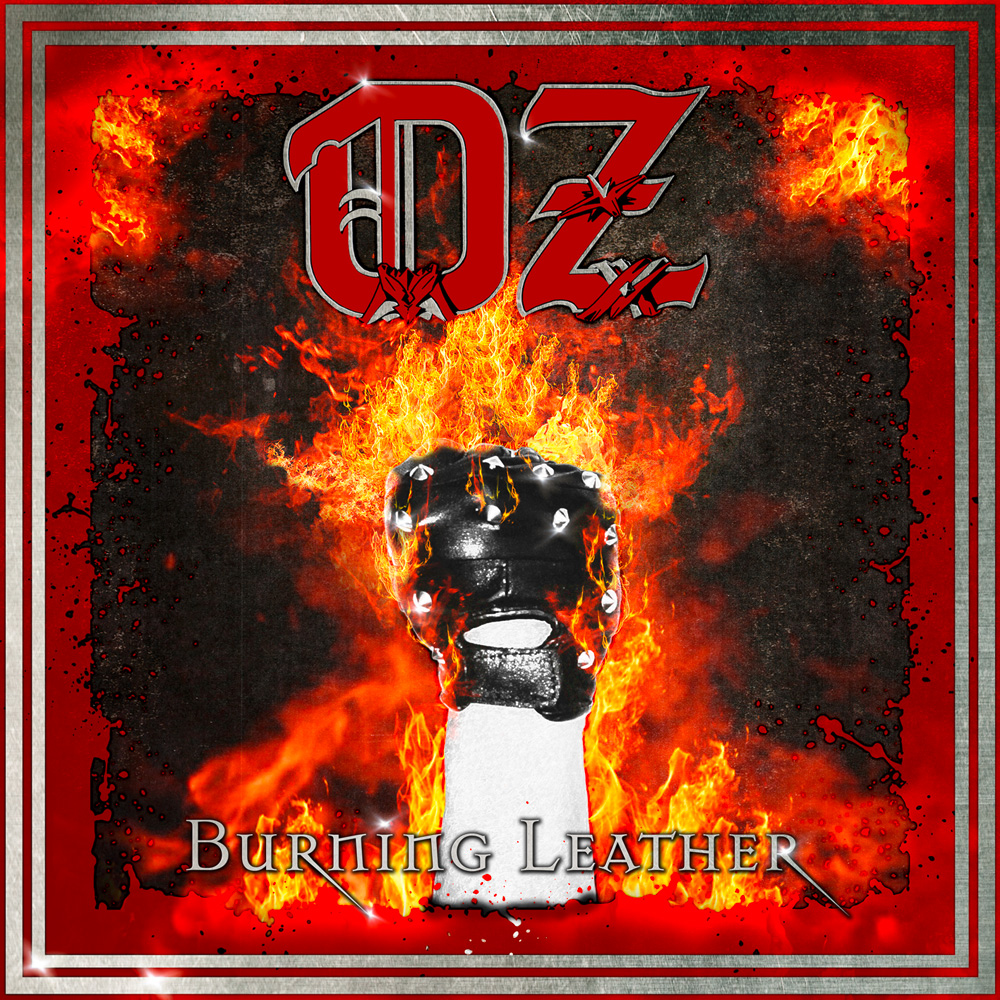 The touring line-up was consisting of 2 new guitarists: Michel Santunione and John Berg, along with the classic trio of Ape DeMartini, Jay C. Blade and Mark Ruffneck. Michel Santunione is previously known as Guitar Player in the Queen Musical ‘We Will Rock You’ in Sweden/Norway. John Berg is a former member of Dynasty and today playing guitar on stage with Chris Laney.

Powered by WordPress | Designed by: video game | Thanks to Krawikett Etiketten, seo service and internet marketing